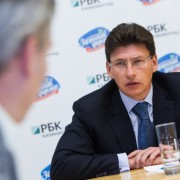 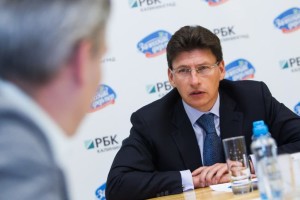 In Russia, digital labeling of dairy products began on January 20. So far, this is a voluntary procedure. But from June 1, it will gradually become mandatory. Already, the National Union of Milk Producers says that in the first year, the innovation will cost producers 61 billion rubles, while the net profit of the entire industry is about 35 billion rubles. RBC Kaliningrad spoke with Andrey Romanov, Chairman of the Board of Directors of CJSC Zalesskoe Moloko, President of the Union of Industrialists and Entrepreneurs of the Kaliningrad Region, about what producers are preparing for and how much ordinary buyers will pay for transparency.

How much will your company spend on labeling?

According to preliminary estimates, as for the production of “Zalessky farmer”, it will be about 120 million rubles for the entire complex, for all types of products. Labeling on them will be introduced gradually, but during 2021-22 we will have to spend such funds.

To understand how this is a significant amount when compared with the profit?

It is clear that it is difficult to say what the profit will be in 2021-22. But in general, if you look at the estimate of the National Union of Milk Producers, this figure is higher than all the profits that were in the industry at the end of 2019. The results of 2020 are not yet available.

What exactly is included in these costs, what will the money be used for?

This is the purchase of special printers, devices that can read labels, these are polythizers (special automatic packaging machines-approx. RBC Kaliningrad), which need to be labeled, programs. As well as the cost of this brand.

You have named printers and other equipment, that is, you will have to spend seriously only once, when starting the procedure? In the future, you do not need to invest such money?

About half of the amount that the National Union has named (61 billion rubles) is, if my memory serves me correctly, annual payments for the “Honest Mark” brand itself.

How will this affect the price of the product?

Per unit of production, this is 50 kopecks without VAT. This is the cost of the brand itself.

According to estimates of market participants, dairy products as a result of labeling can rise in price by 10%. Moreover, due to the alleged failures in the labeling system (which representatives of other industries have complained about), there may be interruptions in the supply of perishable products. This will lead to the complete replacement of “milk” with an expiration date of up to 14 days for long-term storage products, said Vsevolod Vishnevetsky, chairman of the St. Petersburg Public Organization of Consumers “Public Control”.

How does the labeling procedure work in the dairy industry?

We apply the label and send the data about it through the server to the “Honest Sign”, where we confirm that these products are manufactured by our company. Then any consumer can read this code and get information about who actually produced this product.

Does “Honest Mark” not check the quality of the product itself?

No, he’s fighting counterfeiting. He controls that the products sold are actually from the declared manufacturer.

Representatives of the pharmaceutical business said that the “Honest Sign” system often fails. Voluntary labelling “milk” began the other day. Can you now appreciate the work of the system?

We can’t estimate it, but we understand that these problems will also occur in the dairy industry. Because the principle is the same, and the number of enterprises and the range of products is probably even greater than in the pharmaceutical industry.

The dairy industry is primarily perishable products. How do you plan to balance the labeling and freshness of the product?

It is very difficult to make forecasts here. It is clear that for us, manufacturers, the introduction of this system will result in additional labor and financial costs. The risks you are talking about exist. But how everything will turn out-we will look at the fact. This decision has already been made, and no one will reverse it. So we’re getting ready.

Earlier, RBC Kaliningrad reported that since January 1, 2021, labeling of clothing and light industry goods has become mandatory in Russia. According to the authorities, this will help fight counterfeit goods and bring some of the business out of the shadows. The entrepreneurs themselves talk about less positive consequences.