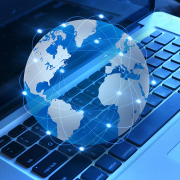 Experiencing a sharp growth due to the self-isolation of citizens, the market for Express food delivery may increase from 0.7 billion to 30 billion rubles by the end of 2020, Infoline-Analytics predicts. The main volume will be provided by X5 Retail Group (“Pyaterochka”, “Perekrestok”, etc.), “Coswell”, “Yandex.Shop ” and “Scooter”. Although the service has started to gain popularity primarily through the efforts of Internet services, in the future, the initiative may be taken over by major players from offline retail, experts do not exclude.

Express food delivery market (within an hour) by the end of 2020, it will grow to 30 billion rubles from 700 million rubles a year earlier, according to the report ” Infoline-Analytics “(there is a”Kommersant”). The entire online sales market in the FMCG (consumer goods) segment, as follows from the report, last year amounted to 40 billion rubles, and by the end of 2020 will reach 135 billion rubles. According to the results of the first quarter, the largest turnover of online orders in this category was demonstrated by Ozon-6.1 billion rubles, with an increase of 170% compared to the same period last year (see infographic). Sbermarket (formerly Instamart) showed the largest percentage growth, with its turnover growing by 500%, from 260 million to 1.49 billion rubles.

In April, under conditions of self-isolation of citizens, a number of market participants were able to show results comparable to the entire first quarter, according to data from the companies themselves and calculations by analysts. Thus, the turnover of “Sbermarket” for the month amounted to 1.5 billion rubles, ” Yandex.Lavki — 900 million against 800 million rubles in the first quarter, Samokata-850 million against 800 million rubles. According to Mikhail Burmistrov, CEO of Infoline Analytics, in April, Yandex.Shop “for the first time was able to bypass the “Scooter” on the turnover. In addition, its average receipt is 150 rubles higher than that of its competitor. Among the companies whose indicators were evaluated by analysts on their own, Ozon generally agrees with the results, “Samokat” did not confirm or deny them, in ” Yandex.Taxi” (managed by Yandex.Shop”) called the assessment adequate. In “Platypus” reported that the data of analysts generally reflect the situation in the market.

Although initially there were two main players in the Express food delivery market in Russia, the situation is now changing due to the entry of a large offline retail into this segment. According to Infoline-Analytics, by the end of 2020, 95% of the market together with Yandex.Shop ” and “Scooter” will be shared by X5 Retail Group and”Vkusville”. In the future, the segment will continue to grow dynamically, including outside of Moscow and St. Petersburg, primarily in cities with millions of people, analysts predict.

Mikhail Burmistrov sees the greatest potential in the field of Express delivery of products at X5 Retail Group. “Based on Pyaterochka, they can quickly deploy dark stores (stores that only work for delivery.- “Kommersant”) and scale business in the regions, ” he expects. Also, strong positions in this market will be held by “Vkusvill” and “Magnet”, which has recently been taken over by several top managers of the online retailer Lamoda, the expert expects. At the same time, different models of product delivery services — delivery in a few hours and Express delivery-will converge. “The buyer has two tasks: purchasing for the future and re-purchasing, which uses Express delivery. And each player will try to offer solutions for each of them,” explains Mr. Burmistrov.

The Russian online grocery retail market is in a stage of active growth, so all key players are focused on the overall increase in volumes and their share, says Alexey Bogdanov, Director of investment and capital markets at KPMG in Russia and the CIS. At the same time, to compare companies, it is correct to use the total volume of goods turnover, since some companies also operate according to the marketplace model and take into account only the service payment for using their sales channel in revenue, and not the full cost of the order, he notes. According to Mr. Bogdanov, investors in such projects also pay special attention to the dynamics of attracting and retaining users and analyzing the unit economy per order. These are key indicators for market participants, agrees Sergey Negodyaev, Director Of the Fund for the development of Internet initiatives for working with portfolio companies. In addition, customer experience is important for maintaining customer loyalty, and now not all customers are satisfied with the service of such companies, he adds.

In General, the market will grow, and investors ‘interest in it will remain, the interlocutors of “Kommersant” are sure. Managing partner of Altair Capital Igor ryabenky says that the Fund continues to look at new companies in this segment, assessing the growth of the client base and the potential for earnings from each point and each client in the service. According to the investment Manager of the FoodPro Fund.according to Anna Gishko, the winner in the market will be the one who meets the unit economy, who knows the customer best and can make him loyal, reducing the cost of attracting new ones, as well as the one who will form an optimal assortment matrix and work better with the category of fresh products.