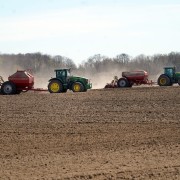 According to Deputy Chairman of the regional government – Minister of Agriculture Natalia Shevtsova, an additional 263 million rubles have been allocated from the federal budget for the provision of short-term loans. Funds to support the program of preferential lending to agricultural producers are directed in accordance with the Decree of the Government of the Russian Federation dated March 9. Thus, the total limit of funds for concessional lending is 375 million rubles.

Recall that within the framework of the preferential credit program, agricultural producers can take a short-term or investment loan at a rate of up to 5% for the development of crop production and animal husbandry, as well as for the construction, reconstruction or modernization of agricultural raw materials processing enterprises. A preferential short-term loan is issued for up to 1 year, an investment loan – from 2 to 15 years. Preferential loans to agro-industrial enterprises are provided through banks. 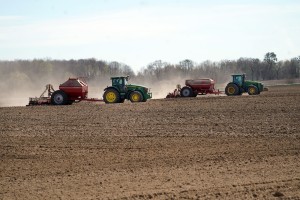 The deputy chairman also said that at the request of agricultural producers, an appeal is being prepared to the tax service with a request to consider reducing the time for issuing certificates for obtaining preferential loans.

In addition, the regional Ministry of Agriculture took the initiative to the Governor Anton Alikhanov to increase the term of a short-term loan from 12 to 18 months. “This is especially important for plant growers, because the full cycle of work is just one and a half years,” Natalia Shevtsova said.

The regional Ministry of Agriculture has begun accepting documents for the provision of subsidies from the regional budget to support agricultural production in certain sub-sectors of crop production and animal husbandry (as part of compensatory and incentive subsidies).

In general, in 2022, more than 2.4 billion rubles are provided for state support of the agro-industrial complex from the consolidated budget.

The results of the development of the agricultural sector of the Kaliningrad region in 2021 ensured an increase in the production index at comparable prices by 5.8% to the level of 2020. The cost of agricultural products produced in actual prices amounted to 52.329 billion rubles, which is 6 billion rubles more than in 2020.

How to succeed in the dairy business in our difficult time

The head of Zalesya called the change in price tags a reaction to force maj...
Scroll to top