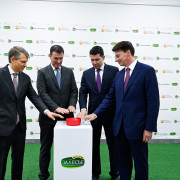 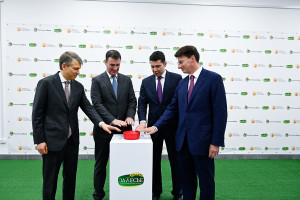 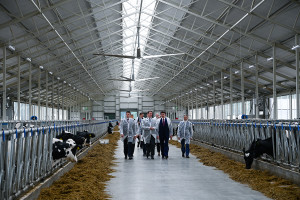 The ceremony on Thursday, July 16, was attended by the Minister of agriculture of the Russian Federation Dmitry Patrushev and Governor Anton Alikhanov.

The head of the Federal Ministry of agriculture paid a working visit to the Kaliningrad region, where he got acquainted with the production facilities of the Intergen Rus breeding and genetic center and took part in the opening ceremony of the Kashtanovka large dairy complex.

At the breeding and genetic center, the Minister together with the Governor assessed the equipment of a modern laboratory and the number of breeding bulls. Intergen Rus specializes in improving the quality characteristics of cattle genetic material for dairy cattle breeding. Currently, there are 12 Holstein-bred bulls kept here. in 2020, it is planned to expand the stock by another 30 bulls. This year, Intergen Rus LLC supplied genetic material for the production of up to 5,000 head of cattle in the Kaliningrad region and up to 2,000 heads outside the region. Currently, it is planned to send material for the production of up to 5,000 more heads in various regions of the country.

The center is also a supplier for the Kashtanovka dairy complex, which was built with the support of the Russian agricultural Bank.

During the opening ceremony of the enterprise, Dmitry Patrushev noted that this facility will soon have a significant positive impact on the development of animal husbandry in the Kaliningrad region. The complex is designed for 3,900 heads and meets the most modern requirements for the safety of the production process, provided with qualified personnel and a high level of automation. When reaching the design capacity, the company will be able to provide milk production at the level of 25 thousand tons annually.

The Minister stressed that the volume of milk production in Russia is increasing annually, which is provided by the hard work of farmers and state support measures.

“About 8 billion rubles were allocated from the Federal budget alone in 2019 to increase productivity in dairy farming. This year, this figure has been increased by one and a half times, ” Dmitry Patrushev said.

“Dairy farming is very important for us. For the region, this is a traditional industry, which, unfortunately, was almost lost in the nineties, but has begun to revive, and now we are making a big step. We discussed the prospects for the development of the industry in the region, and we very much hope that the Russian agricultural Bank will support dairy farming projects in our region, because we understand where to develop: processing, deepening processing, breeding and genetics, perhaps even export,” Anton Alikhanov said.

“The country’s self-sufficiency in the dairy industry is one of the priorities of the food security Doctrine. I am glad that with the introduction of a new dairy complex, the Kaliningrad region is now fully and reliably provided with dairy raw materials. And with the opening of the breeding and genetic center, it gets full independence from the import component in dairy production. This is a strategic issue for the region. Over the past decade, the Russian agricultural Bank has invested more than 420 billion rubles in the dairy industry, including production, processing, and specialized trade, and has helped implement more than 2,000 projects. We will continue to invest in the economy of the Kaliningrad region, so that it develops successfully, and Kaliningrad residents and other Russians always have high – quality, delicious and affordable products of domestic production on their tables,” said Boris Listov, Chairman of the Board of JSC “Rosselkhozbank”, who took part in the event.

On the territory of the Kashtanovka dairy complex, the head of the Ministry of agriculture and the Governor inspected a 110-head carousel milking parlor, which is the largest in the region and Europe, as well as a platform for keeping dairy herds and a maternity ward. The Minister expressed confidence that the relationship between innovative developments and high-tech production will give an additional impetus to the development of the entire dairy industry in the Kaliningrad region in the near future.

The agro-industrial sector is one of the priority, dynamically developing areas of the Kaliningrad region’s economy. According to a number of industry indicators, the region is the leading one in Russia.

The high technological level of agricultural enterprises makes it possible to use the genetic potential of agricultural animals most effectively, which is reflected in the increase in productive indicators. According to the results of work for 2019 in agricultural organizations of the region that are not related to small and medium-sized businesses, the yield per feed cow was 8,764 kg, which puts the region in the top three in this indicator among the regions of Russia.

The Kaliningrad region is consistently among the leaders among Russian regions in terms of rapeseed and grain crop yields, thanks to the introduction of advanced technologies and the use of the latest breeding achievements. According to the results of last year, the region ranks first in Russia in terms of rapeseed yield (29.9 centners per hectare), and second in terms of wheat yield (49.5 centners per hectare). It should be noted that 2019 was a record year for Kaliningrad crop production, when the maximum yield of grain and rapeseed in the history of the region was obtained – 680 thousand tons and 118.7 thousand tons, respectively. 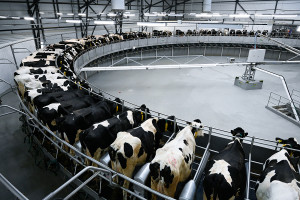 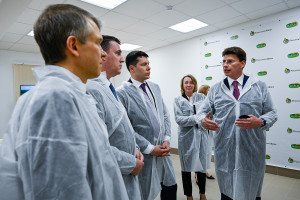 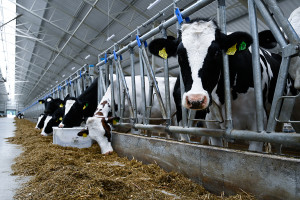 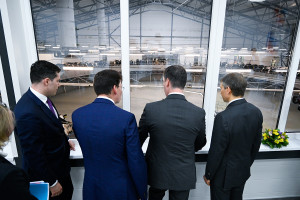 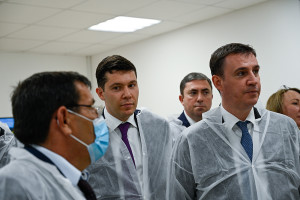 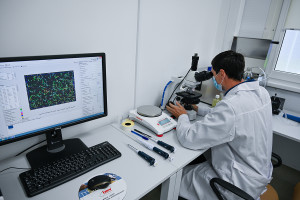 The Government of the Kaliningrad region discussed the development of export...

The Ministry of agriculture of Russia has summed up the results of six years...
Scroll to top